Conductor, composer and pianist André Previn has received a number of awards and honors for his outstanding musical accomplishments, including both the Austrian and German Cross of Merit, and the Glenn Gould Prize. He is the recipient of Lifetime Achievement Awards from the Kennedy Center, the London Symphony Orchestra, Gramophone Classic FM, and this year was honored with a Grammy Lifetime Achievement Award from The Recording Academy. He has also received several Grammy awards for recordings, including the CD of his violin concerto "Anne-Sophie" and Bernstein’s Serenade featuring Anne-Sophie Mutter together with the Boston and London Symphony orchestras.

As a pianist, André Previn enjoys recording and performing song recitals, chamber music and jazz. He has given recitals with Renée Fleming at Lincoln Center and with Barbara Bonney at the Mozarteum in Salzburg. He regularly gives chamber music concerts with Anne-Sophie Mutter and Lynn Harrell, as well as with members of the Boston Symphony and London Symphony orchestras, and the Vienna Philharmonic.

André Previn has enjoyed a number of successes as a composer. His first opera, A Streetcar Named Desire, was awarded the Grand Prix du Disque. Recent highlights include the premiere of his Double Concerto for Violin and Double Bass for Anne-Sophie Mutter and Roman Patkoló, premiered by the Boston Symphony in 2007. His Harp Concerto commissioned by the Pittsburgh Symphony premiered in 2008; his work "Owls", was premiered by the Boston Symphony Orchestra in 2008; his second opera, "Brief Encounter", commissioned by the Houston Grand Opera premiered in 2009; and his double concerto for violin and viola, written for Anne-Sophie Mutter and Yuri Bashmet, received its premiere in 2009.

For his 80th birthday celebrations in 2009, Carnegie Hall presented four concerts which showcased the diversity of his career. Other highlights this season include concerts with the Leipzig Gewandhaus, London Symphony Orchestra, Dresden Philharmonic, and the Czech Philharmonic at the Prague Spring Festival. 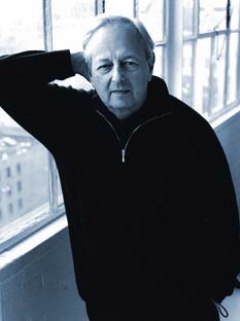