Equally at home on the concert platform she frequently appears in concert halls and festivals throughout Europe and North America. She has built an unusually vast concert repertoire that spans music from the early 17th Century works of Monteverdi and Cavalli, via Mozart, Haydn, Beethoven, Berlioz, Brahms, Mahler and Chausson up to contemporary works of Franz Waxman and Daniel Börtz.

She has recorded more than 40 CD and DVD with music by Bach, Handel, Vivaldi, Mozart, Haydn, Gluck, Rossini, Mendelssohn, Brahms and Bruckner, just to mention a few. At the International Opera Awards in London in May 2016 her solo-CD "Agrippina" won the award for "Best Operatic Recital". This was her second win in the category, having also won in 2014. 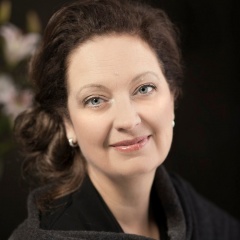