Between 2005-2016 Peter Dijkstra was Artistic Director of the Choir of the Bavarian Radio in Munich. He developed the choir into a world class ensemble, known for its versatile music-making and with guest appearances at the foremost European festivals and orchestras.

In September 2007, he was appointed Music Director of the Swedish Radio Choir, a position he still holds. Since September 2015, Dijkstra is also Chief Conductor of the Netherlands Chamber Choir, having worked with them as First Guest Conductor for several years.

In the Netherlands, Peter Dijkstra is artistic leader of vocal ensemble MUSA and first guest conductor of vocal ensemble The Gents. With this all-male ensemble, he has toured Japan, Spain, Sweden and Great-Britain and recorded several award-winning discs for the Channel label. With the Nederlands Kamerkoor Peter Dijkstra has recorded an unanimously acclaimed album of Bach Motets, also for Channel Classics.

Peter Dijkstra conducted the World Youth Choir on their African Tour in 2007 and is regularly invited to give and initiate masterclasses and projects to promote choir singing and conducting at the highest possible level. He is an honorary member of the Royal Swedish Music Academy and was presented with the Golden Violin 2013, an award for internationally successful Dutch musicians, and the Eugen Jochum Prize in 2014.

​Very recently, he was appointed Professor for Choral Conducting at the Hochschule für Musik in Cologne. 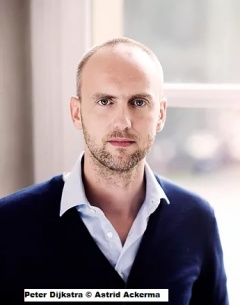