The Conductor Frank Beermann has distinguished himself internationally both on the concert platform and through his many CD recordings.
His insatiable curiosity for new, undiscovered repertoire and interest in re- interpretation of core repertoire have won him numerous awards and prizes.
A core component of the conductor's repertoire are the works of Richard Wagner. His interpretations of Tristan and Isolde, Tannhäuser, Lohengrin, Das Rheingold, Die Walküre and Siegfried in the Minden Wagner projects were rapturously received by local and international press alike.

Writing in the magazine Crescendo’s special 2015 Echo Klassik Awards edition, Eleonore Büning wrote:” Frank Beermann is one of the best Wagner conductors of our time”.
His CD recordings, encompassing as much standard repertoire as they do rediscovered and contemporary works, have received multiple awards, most notably the Echo Klassik in 2009 and 2015.
Frank Beermann has in recent years devoted himself more intently to the great symphonic works of Richard Strauss, Gustav Mahler and in particular Anton Bruckner. He was thus rapidly able to add the “completed” 9th symphony including its reconstructed 4th movement to his repertoire.

Over the past 10 years, he has conducted full cycles of the symphonic works by Beethoven, Brahms, Schubert, Schumann, Mahler (except the 8th symphony) and Strauss, as well as the complete Mozart piano concertos with Matthias Kirschnereit and the Bamberger Sinfonikern; he is currently working on the complete Mozart Symphonies in a new concert series for the Hamm Klassiksommer , with performances spread out over several years.
From 2007 to 2016, Frank Beermann was Generalmusikdirektor of the Theater Chemnitz and Principal conductor of the Robert-Schumann-Philharmonie.
Recent national and international engagements have included his debuts with the Athens National Orchestra, the Aalto Theater Essen, the Philharmonia Orchestra London and the Staatstheater Stuttgart.
Plans for his 18/19 season include productions of Die Fledermaus and Ariadne auf Naxos at the Opéra de Lausanne and the Leningrad Symphony by Shostakovich with the Athens State Orchestra.

In September 2018, Frank Beermann completes the acclaimed “Ring” cycle in Minden, an ambitious project initiated in 2015 under his artistic direction and which has met with unanimous critical acclaim. Two full cycles are planned for 2019. 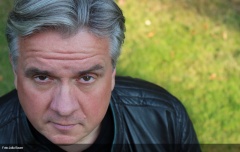