Julian Riem, native of Munich, Germany, studied with Michael Schäfer at the Hochschule für Musik und Theater in Munich and with Michel Béroff at the Conservatoire National Supérieur in Paris. He continued his studies with Rudolf Buchbinder at the Basel Music Academy, where he received a degree in solo performance with high honors.

He is the winner of international piano competitions in Modena and Florence (Italy) as well as in Madrid (Spain) and was awarded a scholarship at the national German Music Competition. 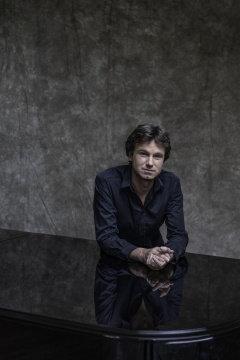