​In the summer of 2019, she won a scholarship for an artistic residency at the Cité internationale des arts in Paris, where she worked on the project La Brise du Son, which included the premiere of the piece Fête Nocturne (2019) by composer Antonio Covello. During this period, and thanks to the contact with other resident artists, she collaborated in multidisciplinary projects for the festival Les Traversées du Marais: Voyages.

​With the Ensemble 20/21 in Cologne, she took part in several contemporary music festivals, such as Departure (Ensemble MusikFabrik), Acht Brücken Festival, and Forum für Neue Musik, broadcasted by the German radio (Deutschland Funk).

She is currently a member of the chamber groups Trio Grünewald, I Transiti, and Odelya, performing intensively in Europe.

​She constantly shifts between the classical tradition of concert recitals and the more experimental forms of performance, where elements of improvisation and music theatre merge.

Modern language has brought her into contact with artists such as choreographer Georg Reischl and the Michael Douglas Kollektiv for the contemporary dance show Golden Trash (2013) on music by Morton Feldman.

Together with visual artist Viktoriia Sviatiuk, she also conceived the animation clip Résonances on music by Dutilleux.

She has premiered and recorded works by Friedrich Jaecker, Sophie Lacaze, Silvia Borzelli, and Daniel Cueto among others. 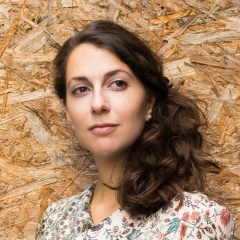