George Petrou (Γιώργος Πέτρου) is a Greek conductor of classical music, and in particular the operas of Handel. His recording of Alessandro with his own Armonia Atenea ensemble was awarded a prize at the International Opera Awards.

Born in Athens, Petrou studied piano at the Conservatory of Athens, then at the Royal Academy in London, with the support of the Onassis Foundation. As a pianist he performed in a duo with the pianist Christos Papageorgiu, winning the Redding-Piette competition in 1995.[1] His recordings of Handel have tended to final versions, unknown works such as pasticcios.[2] His recordings of Greek composers include the Don Crepuscolo of Nikolaos Mantzaros, performed by bass Christophoros Stamboglis (MDG, LC06768, 2011) 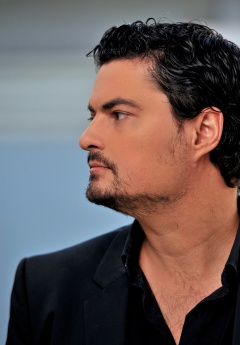