Geoffrey Douglas Madge was born in Adelaide (Australia). After hearing the great pianist Benno Moiseiwitsch he continued his piano studies with Clemens LeskiGeoffrey Madge at the Elder Conservatorium in Adelaide. At an early stage he developed an interest in unjustifiably neglected composers and this became one of his main enterprises. In 1963, after winning first prize in the ABC piano competition in Sydney, he went to Europe to study with Geza Anda in Luzern and Eduardo del Pueyo in Brussels. Following this he gave successful debut concerts in London, Cologne, Budapest and Amsterdam, settling in Holland upon his appointment as professor of piano at the Royal Conservatorium in The Hague.

Recital programs
Geoffrey Madge’s recital programmes consist of a combination of baroque, classical, 19th century and contemporary works, well-known and lesser known compositions. Special projects like his “Cathedrals of Sound” series (first arranged for the 1996 Adelaide Festival) in which he performs 3 or 4 recitals of epoch-making works from the whole piano literature, During the last years some of the main works performed have been Bach’s Goldberg Variations, The Art of Fugue and the complete Well-tempered Clavier, Beethoven’s Diabelli Variations and Hammerklavier Sonata, Reger’s Bach Variations and the Debussy Etudes have always also been a highlight in his concert programmes. He is fascinated by the connections between architecture, literature and music.

Concerto repertoire and other interests
He has given performances of a wide range of piano concertos, all the Bachs, the 5 Beethovens, including the Choral Fantasia, Mozart KV415, Brahms 2nd, Reger, the Busoni and Britten, Liszt 1 and 2, Gershwin and many other major works (see his repertoire). During the 60's he was investigating the music of the Russian composers around the revolution years and following much research in libraries and archives brought a number of forgotten works from Mossolov, Lourié, Roslavetz, Wyschnegradsky and others to the attention of the public.

Xenakis
After arriving in Europe he was quickly discovered by Iannis Xenakis. His first meeting with the celebrated composer was in 1970 in London, prior to his performance of “Herma”, part of his debut concert programme at Wigmore Hall. Following this meeting many Xenakis performances followed under the supervision of the composer: his complete piano solo works, ensemble works and both concertos. One of the highlights in Geoffrey Madge’s cooperation with Xenakis was his very successful contribution to the Xenakis Festival in 1975 in Athens with Herma, Evryali and Synaphai. In that year the new Greek government, replacing the facist regime of the colonels, decided to celebrate the new freedom by honouring Iannis Xenakis with an all-Xenakis Festival in the Herodus Atticus Theatre. In 1975 Decca recorded for LP the first piano concerto “Synaphai – connexities for piano and orchestra” with the New Philharmonia Orchestra under Elgar Howarth and Geoffrey Madge as soloist, this LP won an Edison award. Many performances followed of this and other works with the conductors, Michel Tabachnik, David Porcelijn, Cristobal Halfter and Elgar Howarth.

Sorabji
In the 80’s he became widely known through his integral performances of the “Opus Clavicembalisticum” by K. Sorabji. He was given personal written permission from the composer to perform the work following a number of meetings with the composer. Since the first complete performance of O.C. in the Holland Festival (Utrecht) on 11/06/82 more performances of the complete, almost 4 hours duration work have followed in Chicago, Bonn, Montreal, Paris and in Berlin (Berliner Festspiele). The release of the 5 CD production Chicago performance, recorded by WFMT-FM in Chicago and produced by BIS, has received high critical acclaim.

Ernst Krenek
During the 80's he was very much involved with recording the piano works of Ernst Krenek, this was a unique project as the composer (at the insistence of Madge) actually conducted in person his sonatas for these recordings. later, because krenek was so happy with the results that he wrote his seventh piano sonata which he then dedicated to GDM, this was also recorded to complete the series.

Compositions
Madge has composed a number of works, including a string quartet, songs, piano solo works, for two pianos and a ballet “Monkeys in a cage” (premiered in the Sydney Opera House in 1977 by The Australian Ballet). His piano concerto was premiered in Amsterdam in 1985.

The influence of Busoni
Geoffrey Madge has long been researching and studying the works and playing style of the great pianist/composer Ferruccio Busoni. Geoffrey studyingIn 1988 Philips issued his 6 CD anthology of Busoni’s solo piano works, this production was an international success and received numerous prizes, including the Dutch Edison and the Belgian Caecilia Prize. These CD’s have recently been re-issued by ArkivMusic in the USA. His performances of the monumental Busoni Piano Concerto in a number of international festivals have received rave critical response. He regularly presents recitals and lectures based around the music of Busoni.

Skalkottas
Through his connections with the Greek music-world he came into contact with the Skalkottas Society in Athens. He was asked by the president of the Skalkottas Society to give the first performance of the 32 Piano Pieces and 3rd piano concerto by Nikos Skalkottas during the 1979 ISCM Festival held in Athens that year. At the time a huge enterprise as almost all the works had to be played from manuscript. Later with many performances of the cycle and the beginning of a long-time relationship with Skalkottas's music. In 1998 the Swedish label BIS invited him to take part in their Skalkottas project. In 1999 Piano Concerto no.1 with the Iceland Symphony Orchestra was released, in 2004 Piano Concerto no. 3 with the Caput Ensemble followed by Piano Concerto no. 2 in s Greece.

Chamber music
During recent years he has been very active in the fields of chamber music, giving performances of major works with various ensemble formations, trios, quartets and quintets.

The MadgicTouch Foundation
The foundation "MadgicTouch" is devoted to disovering new directions in performance and pedagogy.(See the links page).

In September 2005 Geoffrey Madge was awarded in Cracow, Poland, the prestigious Silver Medal “For Merits to Culture Gloria Artis” for his very prominent artistic creations and great contribution to culture. 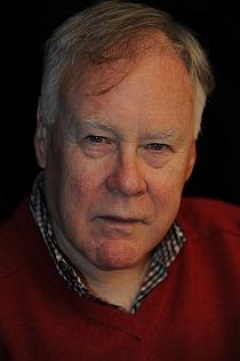