Theo Loevendie, born on September 17th, 1930, studied composition and clarinet at the Amsterdams Conservatorium. Up to 1968 he dedicated himself almost exclusively to jazz and he performed with his own ensemble at the main European jazz festivals: Montreux, Juan-les-Pins, Nîmes, Warsaw, Molde (Norway) and Laren (Holland). For one of his jazz records he received an Edison in 1969. He was awarded the 1979 Wessel Ilcken Prize for all his jazz activities through the years.

In the Sixties, Loevendie began to focus more and more on contemporary chamber music and orchestral works. His compositions are frequently performed both at regular concerts and at festivals all over the world. Loevendie has composed four operas with orchestra and choir and three chamber operas: Naima (1985), which was premiered at the 1985 Holland Festival in Amsterdam, the chamber opera Gassir, the Hero (1990), premiered May 1991 in Boston (U.S.A.). The opera Esmée, which was first performed in Amsterdam at the Holland Festival 1995 and in Berlin (1995) and had a staging again in 1997 at Bielefeld, Germany, and the chamber opera Johnny & Jones, performed at the Holland Festival 2001 and in 2003 in Dresden (Germany). Among his orchestral compositions are a Piano concerto (1996), a Violin concerto (1998), a Clarinet Concerto (2001) and Seyir (2002) for 25 western and non-western instruments (premiered in the Berliner Festspiele 2002). In 2003 Loevendie founded the ensemble Ziggurat, a combination of western and non-western instruments. Since then he wrote many compositions for this ensemble. On October 2014 the opera ‘The Rise of Spinoza’ had it's premiere in the Amsterdam Concertgebouw.

Prizes
The recording of De Nachtegaal (The Nightingale) was awarded an Edison in 1982; a year later followed the prize of the RAI (Italian Television and Radio) for the television production of this work, which since then has been performed in many languages all over the world. In 1984 Loevendie shared with Pierre Boulez the American Koussevitzky International Record Award; he received the prize for Flexio (1979), written on the occasion of the 90th anniversary of the Concertgebouw Orchestra. The opera Naima (1985) was awarded with the Matthijs Vermeulen Prize 1986.
In 1988 Loevendie was the first composer to receive the prestigious 3M Music Award for his entire output and his great merits in musical life. In 2016 he received the Andreas Medal of Honour of The City of Ansterdam for his lifetime achievements. 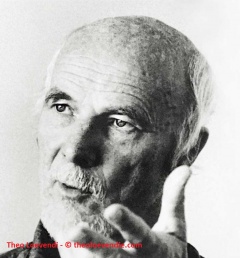