Sigvards Kļava (1962) is one of the most outstanding Latvian conductors, also a professor of conducting and a producer, Music Director of the Latvian Radio Choir since 1992. As a result of Sigvards Kļava’s steady efforts, the Latvian Radio Choir has become an internationally recognized, vocally distinctive collective, where each singer possesses a creative individuality.

Sigvards Kļava is an extremely capable and creative manager. Under his guidance, the choir has recorded a number of choral works by little known or completely forgotten composers of the past, as well as formed a friendly collaboration with a number of notable Latvian composers – Juris Ābols, Andris Dzenītis, Maija Einfelde, Ēriks Ešenvalds, Arturs Maskats, Kristaps Pētersons, Santa Ratniece, Pēteris Vasks should be named among many others here. It was his initiative to call into being several concert series loved by public: Meeting in Music, Evening Talk at St. John’s or Sacred Chants.

Another idea of his was the collaboration with the most brilliant representatives of Latvian traditional music – The Suiti Wives, Ilga Reizniece and Zane Šmite. Together with director Uģis Brikmanis he has collected and recorded the samples of Catholic musical culture in Kurzeme (Courland) and Latgale regions – the chants sung by women of several generations. Kļava has been active in the field of amateur choir movement as well – a leader of several distinguished amateur choirs, then an appointed Chief Conductor and a part of the steering committee of the Latvian Song Festival. Sigvards Kļava is Professor at the Jāzeps Vītols Latvian Academy of Music.

He has graduated from the Jāzeps Vītols Latvian Academy of Music in the capacity of conductor, studied at Bachakademie Stuttgart and enjoyed master classes given at the Oregon Bach Festival. Kļava is a multiple winner of the Latvian Grand Music Award; he also has received the Award of the Cabinet of Ministers of Latvia. He has performed at the Concertgebouw and Muziekgebouw of Amsterdam, Berliner Konzerthaus and Philharmonie, the Berlioz Opera House Montpellier, Théâtre des Champs-Élysées and Cité de la musique in Paris, Bervaldhallen in Stockholm, Dresdner Frauenkirche, New York Lincoln Centre a. o. Kļava is frequently engaged as a member of international juries as well. 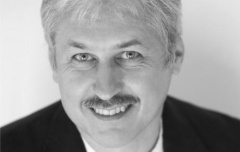