In September, he makes his first appearance at the Dutch National Opera as Turiddu in a new Robert Carsen production of Mascagni’s Cavalleria rusticana. He then returns to San Francisco Opera for his fifth role debut of 2019, singing Des Grieux in Puccini’s Manon Lescaut. He reprises the role in a return to the Deutsche Oper Berlin in December.

Jagde starts the new year at Lyric Opera of Chicago, singing Pinkerton in Puccini’s Madama Butterfly, followed by his debut at the Wiener Staatsoper in a signature role, Cavaradossi in Puccini’s Tosca. The final performance receives an international online broadcast via Staatsoper Live. In April, Brian Jagde makes his greatly anticipated return to The Metropolitan Opera Stage to sing Cavaradossi in Tosca, which is featured as part of The Met’s Live in HD cinema season. The summer continues with a return to Amsterdam to sing the Prince in a new production of Dvořák’s Rusalka, directed by Philipp Stölzl. Following these performances, he travels to London for his fourth engagement at the Royal Opera House, as Cavaradossi (Tosca) and finishes the season with a debut solo concert at the Festival Castell de Peralada.

Jagde launched his 2018/19 season with a return to the San Francisco Opera as Cavaradossi in a new production of Puccini’s Tosca: “… a big-voiced Cavaradossi, producing firm, heroic sound throughout. His impassioned performance of the Act III aria, “E lucevan le stelle,” was a highlight of the evening” (Mercury News). He returned to London’s Royal Opera House as Don José in Bizet’s Carmen, followed by performances as Calaf in a new production of Puccini’s Turandot at Palermo’s Teatro Massimo. He debuted as Turiddu in Mascagni’s Cavalleria rusticana and Luigi in Puccini’s Il tabarro in concert with the Dresdner Philharmonie, captured for a future release on the Pentatone label. Jagde sang his first Enzo Grimaldi in Ponchielli’s La Gioconda for his premiere performances at the Gran Teatre del Liceu, followed by a critically acclaimed debut at the Opéra national de Paris as Don Alvaro in Verdi’s epic La forza del Destino, where he was lauded as “a revelation” (Ôlyrix).

Brian began the 2017/18 season in his role debut as Calaf in Turandot at San Francisco Opera: “Jagde has clearly arrived as a world-class heroic tenor in this role debut … His “Nessun dorma” showed a huge breadth of space, moving seamlessly from an intimate whisper to a hall-filling embrace … his highs beautifully rode the crest of the orchestral wave” (Parterre). He debuted at Opernhaus Zürich as Cavaradossi (Tosca) and also sang the role at the Deutsche Oper Berlin. Jagde then made his first appearance at the Het Concertgebouw in Amsterdam as the tenor soloist for a live radio broadcast performance of Verdi’s Requiem. Mr. Jagde made a spectacular debut as Der Fremde in a new Christof Loy production of Korngold’s rarely performed Das Wunder der Heliane at Deutsche Oper Berlin, released on DVD and Blu-ray by Naxos.

In May 2018 he made his house debut at Seattle Opera as Radamès in Aida. He returned to Europe to sing Don José in Carmen, marking his house debuts at the Bolshoi Theatre and the Arena di Verona, the latter being a new production to open the Arena’s season. Jagde then starred as Cavaradossi in Tosca for his return to the Teatro di San Carlo.

Recent seasons have featured other important debuts, including Maurizio (Adriana Lecouvreur) at the Royal Opera House; Radamès in a new production of Aida at San Francisco Opera; and Froh (Das Rheingold) in his first appearance with the New York Philharmonic. House debuts have included Pinkerton (Madama Butterfly) at the Teatro Massimo, Washington National Opera, and Staatsoper Hamburg; Don José (Carmen) in a new production at the Teatro San Carlo and the Bayerische Staatsoper; Houston Grand Opera as the Prince (Rusalka); Macduff (Macbeth) at the Teatro Real; Cavaradossi (Tosca) at Oper Stuttgart and Bacchus (Ariadne auf Naxos) at Palm Beach Opera. In the spring of 2017, Jagde presented a concert in Davis, CA with soprano Joyce El-Khoury and pianist Robert Mollicone.

In 2015, Jagde made his first appearance at the Royal Opera House as Pinkerton and sang Cavaradossi in his premiere engagement at Lyric Opera of Chicago. He also gave a “radiant” and “glorious” (San Francisco Classical Voice) solo recital debut at the Mondavi Center in Davis, CA, with pianist Craig Terry.

Past seasons have featured his Metropolitan Opera debut as Count Elemer (Arabella); Don José at San Francisco Opera, Deutsche Oper Berlin, and Opéra de Limoges; Cavaradossi at Santa Fe Opera and Deutsche Oper Berlin; Rodolfo (La bohéme) with the Ópera de Bellas Artes; Ismaele (Nabucco) at the Palau de les Arts Reina Sofia; and the Prince (Rusalka) and Narraboth (Salome) at Opera San Antonio. He was also seen as Pinkerton at San Francisco Opera; Matteo (Arabella) and Bacchus with Minnesota Opera; Rodolfo with the Münchner Philharmoniker and the Castleton Festival; and Narraboth at Santa Fe Opera. Jagde made his European debut in the title role of Werther and as Macduff at the Teatr Wielki Opera Poznan in Poland.

In addition to his stage career, Mr. Jagde advocates and volunteers for several arts education organizations and schools in New York City and across the US. He is an Ambassador for Opera for Peace, an international non-profit organization promoting equality, diversity, and social justice through artistic collaboration, educational partnerships, and cultural exchanges.

Jagde has received numerous accolades, including top prize at the Loren L. Zachary Competition (2014) and second prize in the Operalia Competition (2012). Jagde won additional honors at Operalia for his interpretations of Wagner-Strauss repertoire, receiving the Birgit Nilsson Prize. He is a graduate of San Francisco Opera’s Adler and Merola Programs.

Brian Jagde was born and raised just outside of New York City, where he currently resides. 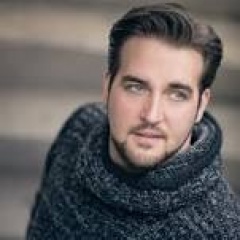