“I have listened to Sofronitsky, Gilels, Richter and Ashkenazy – great Scriabin players all. Young Matthieu Idmtal has the potential to join that lofty group.” – The American Record Guide

“He plays with high sensitivity, with flair and imagination, and most of all, with a lot of poetry.” – Radio Klara

“Belgian pianist Matthieu Idmtal creates a wonderfully colorful and profound universe that not only surprised me, but even more completely captivated me. His great technical vocabulary leads to an interpretation that combines a refined sound with penetrating expressiveness in a sublime way.” – Opus Klassiek

It is clear that Matthieu Idmtal has become an established name on national and international stages.
Press and public have witnessed his distinctive musical personality, and have praised his highly sensitive interpretations.

In recent years, Matthieu Idmtal has established himself as a leading interpreter of the music of Alexander Scriabin, and gave several recitals entirely dedicated to the Russian composer.
He often performed for the European Scriabin Society, and was praised for his emotional intensity and deeply poetic and personal interpretations.
In September 2018 his first solo-CD appeared containing two major piano cycles of Alexander Scriabin, and very quickly received high critical acclaim such as: ‘This is definitely one of the better Scriabin CD’s of the last ten years’ (De Muze) or,
‘In a sublime way, he joins the beauty of sound with expression. His playing contains a variated and colourful toucher, supple phrasing, a natural rubato, pricesly elaborated dynamics, and a contagious imagination. Idmtal is a poet at the piano.’ (Magazine Stretto).
The CD received five star reviews by national radio station Radio Klara, and prestigious music magazines such as Classica.

Last seasons, Idmtal gave solo recitals and concerts with orchestra in Belgium, Italy, the Netherlands, France, Germany, Great Britain, Switzerland, Latvia and Spain.
In addition to his solo concerts, he is a sought-after partner to play chamber music and won multiple awards in pianduo and piano/violin formations.
Such awards include top prizes at competitions as the ‘Youth ‘n Classic Prize’ (Belgium), ‘Concorso Internationale San Cristoforo’ (Italy), or the press- and publicprize at the International ‘Chamber Music Competition Almere’ (Netherlands).

In 2017, Matthieu Idmtal became ‘Supernova’, a prize given by the Belgian music critics, programmors, and classical music radio stations. The award would offer a concert tour through the whole country with his violin partner, Maya Levy.
In the end of 2016, they recorded their first CD containing the complete violin sonatas of E. Grieg, which received unanimous positive reactions in the press.

The repertoire of Matthieu Idmtal ranges from the baroque period till music of nowadays, but he has always had a particular attention to (Post-) Romantic music, with Frédéric Chopin and Alexander Scriabin as main composers.
His affinity with the former made him create the ‘Brussels Chopin Days’: an international concert series dedicated to F. Chopin, of which Matthieu Idmtal is the artistic director since 2013.
He also makes a point of bringing lesser known works into the spotlights, and has interest in jazz music.

His experience makes him a regular guest to give masterclasses, as well as being jurymember in national and international music competitions.

Matthieu Idmtal feels an endless gratitude to his teachers Frima Nakimovitch, Maria Andreeva, and Vitaly Samoshko, and is thankful for every inspiring and marking musical encouter that influenced him to be the musician he is today. 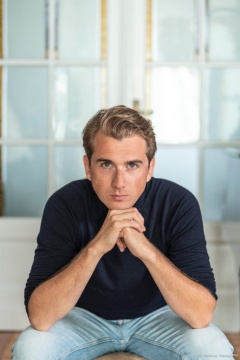