Marcus Gilmore (born 1986) is an American jazz drummer. In 2009, New York Times critic Ben Ratliff included Gilmore in his list of drummers who are "finding new ways to look at the drum set, and at jazz itself", saying, "he created that pleasant citywide buzz when someone new and special blows through New York clubs and jam sessions"

Gilmore is the grandson of Roy Haynes, who gave him his first drum kit at the age of ten. A graduate of the Fiorello H. LaGuardia High School of Music & Art and Performing Arts, he has also received several awards such as the Wynton Kelly Foundation Award and the Wyoming Seminary PAI Best Instrumentalist Award. Marcus has been named a protégé of the 2018 Rolex Mentors And Protégé project. 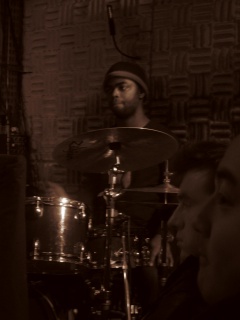