Over a career that takes in almost two decades with Dead Can Dance, award-winning movie soundtracks and a series of acclaimed solo and collaborative albums, Lisa Gerrard has established herself as one of Australia's most ground-breaking and in-demand artists. Singer and composer, Lisa brings a vision that is both precise and all-embracing to everything she does.

It is a musical journey that began in the early 1980s when she and fellow Australian Brendan Perry formed Dead Can Dance, one of the world's most original bands whose proud boast is that they never fitted into any neatly manufactured genre or predefined pigeonhole. With Lisa's otherworldly voice counter-poised by Brendon's mellifluous tones, from the outset, they thought nothing of setting discordant electric guitars and dark, rolling bass lines against cellos, trombones and timpani.

Over nine albums between 1984 and 1995, the duo's musical canvas expanded with every release to take in a timeless mix of world music influences, medieval chants, folk ballads, baroque stylings, Celtic flavours, electronics, samples and anything else that took their fancy.

This mosaic of musical influences is perhaps less surprising in the light of Lisa's childhood in Melbourne, where she recalls Greek, Turkish and Irish melodies "oozing into the streets" of her neighbourhood. Since then she lived in London, Spain and Ireland before returning to the Snowy Mountains of Australia.

In 1995 came her first solo album, The Mirror Pool on which she was accompanied by the Victoria Philharmonic Orchestra. Again, it's an album that defies categorisation, causing one impressed but perplexed reviewer to describe it as "ambient, orchestral, folk and new age all at the same time."

Duality, a collaboration with Pieter Bourke followed in 1998 and again transcended musical eras and genres. Next came the stunningly beautiful Immortal Memory, a collaboration with the Irish composer, Patrick Cassidy which further explores the boundaries of Lisa's musical ambition. Her recent album, The Silver Tree, again shifted into new territory; an album in every way sentient and ethereal.

In recent years Lisa has also become a much sought-after composer of soundtracks. In many ways this has been a logical progression. Much of the work of Dead Can Dance had a cinematic quality that led to the group's music being used in the cult movie Baraka, TV commercials and even a car chase scene in Miami Vice. Among the many films and documentaries she has scored or contributed to are Gladiator, Insider, Whale Rider, Black Hawk Down, Heat, Ali, King Arthur, Tears Of The Sun, The Mist, Salem's Lot, A Thousand Roads, Ashes & Snow, Layer Cake, El Nino de la Luna, Balibo, Henry Poole Is Here, Solo, Playing For Charlie & Ichi.

Lisa has recieved Golden Globe nominations for Insider and Ali and Oscar Nominations for Gladiator and 4 International awards for Whale Rider. 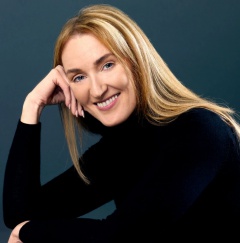