Born in Perugia, Italy, Enrico Gatti has dedicated himself to the study of XVII and XVIII century repertoire. A pupil of Chiara Banchini, he obtained the diploma in baroque violin at The Conservatory of Music in Geneva, Switzerland; he finished his studies under the guidance of Sigiswald Kuijken at the Royal Conservatory in The Hague, Netherlands.

Enrico Gatti was a member of the jury for the international early music competitions at Bruges (1993), Brescia (1995), Rovereto (1997 & 1998, president of the jury in 2010), “Symphonia en Perigord” (1998) and "Principe Francesco Maria Ruspoli" (2012, president of the jury in 2014). From 1997 to 2005 he has been artistic director of the Urbino Early Music Course. He is now member of the Scientific Committee for the national critical edition of the complete works of Alessandro Stradella and will be the President for the Scientific Committee for the international Symposium “Arcomelo 2013” which took place in Fusignano in November 2013 to celebrate Arcangelo Corelli’s death tricentenary. He published several articles on early music performance practice as well as facsimile editions of Italian violin music, and more recently an essay on the history of diminution. 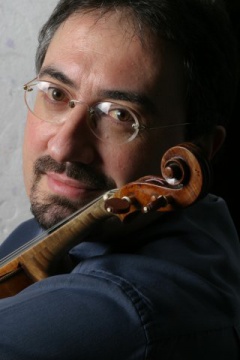