Early Opera Company has recently featured on BBC’s #OperaPassion day on BBC Radio 3’s In Tune from the V&A Museum, performed Handel Giulio Cesare in Egitto at Kilkenny Arts Festival, and recorded Handel’s Acis and Galatea for Chandos with Allan Clayton and Lucy Crowe in the title roles.

Future plans include the CD release of Handel Acis & Galatea in June, a double-bill of Purcell Dido and Aeneas and Blow Venus and Adonis at Amsterdam Concertgebouw in November, and the development of our Emerging Musicians Programme to provide support to the next generation of baroque specialists. 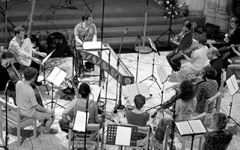