The Collegium Pro Musica is an ensemble specialized in XVII and XVIII century music repertoire (especially italian), performed in accordance with the style of that age and using true copies of original instruments. The Collegium is composed of some of the best italian performers, all carrying out an intense concert activity as soloists with some of the most important European concert institutions, and often called for collaborating with famous baroque groups and conductors. The Collegium has performed with famous singers such as Emma Kirkby, Gemma Bertagnolli and Roberta Invernizzi and with performers such as the violinist Monica Huggett and the harpsichordist Bob Van Asperen.

The Collegium has undertook a recording activity, gaining important recognition from the international critics. It has recorded compact - discs for the Brilliant, Stradivarius, Dynamic, Tactus, Velut Luna and Nuova Era record companies, with Recorder Concertos, Chamber Concertos and Sonatas by A. Vivaldi, Suites, Concerts, Sonatas and Triosonatas by G.P. Telemann, Concertos and Sonatas by G. Sammartini, Concertos by Fiorenza, Sonatas by B. Marcello, Cantatas by A. Scarlatti, Sonatas by J.S.Bach, works by C.Graupner, J.F.Fasch and J.G.Graun, Canzonas and Sonatas by Merula, Instrumental music by A. Stradella, M. Bitti, A. Guerrieri. Some recordings have come out as a free CD enclosed to some of the most important italian musical magazines, such as CD Classics and two times on the prestigious Amadeus. The CD with the Concertos for recorder op.10 by Vivaldi (2010, Stradivarius) and the one with the complete Vivaldi's Chamber Concertos (Brilliant, 3 CDs, 2012) received several reviews with 5 stars, among them on the magazines "Amadeus" and "Musica". James Altena wrote on the American magazine Fanfare about the CD with the Vivaldi’s Chamber Concertos: “The nine members of Collegium Pro Musica play with polish and dexterity. Special mention should be made of recorder player Stefano Bagliano……he is as fine a virtuoso on his instrument as I’ve ever heard”. 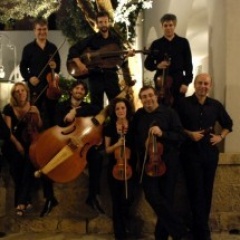