John Butt is Gardiner Professor of Music at the University of Glasgow and musical director of Edinburgh’s Dunedin Consort.

As an undergraduate at Cambridge University, he held the office of organ scholar at King’s College. Continuing as a graduate student working on the music of Bach he received his PhD in 1987. He was subsequently a lecturer at the University of Aberdeen and a Fellow of Magdalene College Cambridge, joining the faculty at UC Berkeley in 1989 as University Organist and Professor of Music. In autumn 1997 he returned to Cambridge as a University Lecturer and Fellow of King’s College, and in October 2001 he took up his current post at Glasgow. His books have been published by Cambridge University Press: these include Bach Interpretation (1990), a handbook on Bach’s Mass in B Minor (1991), Music Education and the Art of Performance in the German Baroque (1994). Playing with History (2002) marked a new tack, examining the broad culture of historically informed performance and attempting to explain and justify it as a contemporary phenomenon. He is also editor or joint editor of both the Cambridge and Oxford Companions to Bach and of the Cambridge History of Seventeenth-Century Music (2005). His book on Bach’s Passions, Bach’s Dialogue with Modernity, was published in 2010, and explores the ways in which Bach’s Passion settings relate to some of the broader concepts of modernity, such as subjectivity and time consciousness.

John Butt’s conducting engagements with the Dunedin Consort (2003 –) have included major Baroque repertory and several new commissions. He has been guest conductor with the Orchestra of the Age of Enlightenment, The English Concert, The Irish Baroque Orchestra, Philharmonia Baroque Orchestra, The Royal Academy of Music Bach Cantata series, the Scottish Chamber Orchestra, the Portland Baroque Orchestra and the Stavanger Symphony Orchestra. John Butt also continues to be active as a solo organist and harpsichordist. Eleven recordings on organ, harpsichord and clavichord have been released by Harmonia Mundi. As conductor or organist he has performed throughout the world, including recent trips to Germany, France, Poland, Israel, Korea, Canada, Belgium, Holland and Irish Republic.

In 2003 John Butt was elected to Fellowship of the Royal Society of Edinburgh and received the Dent Medal of the Royal Musical Association. That year his book, Playing with History, was shortlisted for the British Academy’s annual Book Prize. In 2006 he was elected Fellow of the British Academy and began a two-year Leverhulme Major Research Fellowship for his research on Bach’s Passions. He has recently served on the Council of the Arts and Humanities Research Council. In January 2011 he became the fifth recipient of the Royal Academy of Music/Kohn Foundation’s Bach Prize, for his work in the performance and scholarship of Bach. In 2013 John Butt was awarded the medal of the Royal College of Organists and the OBE for his services to music in Scotland. 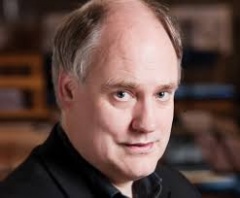