Elena Biscuola gained her diploma in “Vocal Chamber Music” with full marks and special mention, under Maestro Erik Battaglia’s guidance, singing at the Conservatorio in Turin. She then specialized in the German Lied with Dietrich Fischer Dieskau and Irwin Gage. In 2004 she participated in the Third International Competition of Lyric and Chamber Singing in Vercelli, where she was awarded the prize for the best interpretation, and the second prize (first prize not assigned) in the category “Chamber and Sacred Music”. In 2006, she received the prize as “best duo” with Marina D’Ambroso, and third prize at the 22nd International Competition of Chamber Vocal Music in Conegliano. Her romantic repertoire led her to work with conductors such as Antonio Ballista, Rudolf Buchbinder e Tiziano Severini.

At the same time she studied “Ancient Music” and gained a degree with full marks and special mention in “Renaissance and Baroque Singing” at the Conservatorio in Vicenza, studying with Gloria Banditelli. In 1999, with the ensemble Vox Altera, she won the International Competition “Luca Marenzio” for Madrigal Unaccompanied Voices. 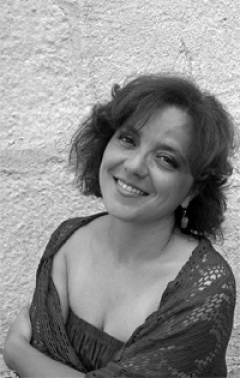