Czech pianist Jan Bartoš is described by the international press as a “one of the best European pianists" and "an emotional and sophisticated interpreter."
As SUPRAPHON exclusive artist, all of his albums have earned international acclaim from critics and media (Gramophone, The Sunday Times, BBC Music Magazine, Fanfare, Fono Forum etc.). His Beethoven double album earned him a five-star review in BBC Music Magazine: "Everything in this recording is outstanding... His approach to the keyboard is quintessentially refined... The Arietta of Op. 111 is here gorgeous beyond words...". The eminent American critic, Bernard Jacobson, included his Mozart album, recorded with Jiří Bělohlávek and the Czech Philharmonic, among the „Best of 2017“ on Seen and Heard International.
​
During the next two seasons, he will be Prague Chamber Orchestra Artist-in-residence. This will also include performances of The Complete Five Piano Concertos by Ludwig van Beethoven. Other appearances include the solo recital
at the Rudolf Firkušný Piano Festival (with a roster including Evgeny Kissin, Marc-Andre Hamelin, and Beatrice Rana), and complete Janáček's piano works at the International Opera and Music Festival Janáček Brno. The legendary pianist Alfred Brendel invited him to participate in his lecture "On Playing Mozart."

Jan Bartoš has given concerts at prominent venues throughout Europe, in Asia and the USA (Carnegie Hall, Juilliard School, Merkin Concert Hall, Rockefeller University in New York, etc.). He made his New York debut in 2009 playing Beethoven's Piano Concerto No. 5 with the Manhattan Philharmonia.
​
The late Jiří Bělohlávek was a keen supporter of Jan Bartoš and regularly invited him. Other conductors, he works with include Jakub Hrůša, Kristjan Järvi, Kenneth Kiesler, Tomáš Hanus, Yu-An Chang, Ernst Hoertzl, Ondrej Lenárd, Andreas Sebastian Weiser, and many others.

He is the winner of three competitions in New York - 2009 Mieczyslaw Munz, 2008 Zaslavsky-Koch, and 2004, Peter S. Reed - as well as the Rotary Musikförderpreis in Nuremberg and the Concertino Praga in the Czech Republic. Moreover, he has received the prestigious accolades and scholarships from the Czech Ministry of Culture, the Rucorva Trust Award in the Netherlands and the Schimmel Prize in Germany.

Jan Bartoš was the last pupil of the legendary pianist Ivan Moravec. Following his studies in the Czech Republic, with Martin Ballý and Miroslav Langer, he continued to hone his artistry abroad, under the guidance of Alfred Brendel, Leon Fleisher, James Tocco, Boris Berman, and Zenon Fishbein. He studied chamber music with Juilliard String Quartet's Robert Mann and Emerson String Quartet's Lawrence Dutton. He has a Professional Studies Diploma from the Manhattan School of Music in New York and a doctorate from the Academy of Performing Arts in Prague.

Jan Bartoš is the Artistic Director of the Prague Music Performance, an innovative festival and institution, which combines concerts with master classes and lectures. The festival has brought great musicians and personalities to Prague from diverse genres. 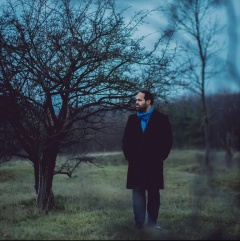