The Alessandro Stradella Consort was established in July 1987 by Estevan Velardi, bringing together some of the top singers and instrumentalists who specialise in the performance of Italian Baroque music on original instruments. The group's complex repertoire ranges from the late Renaissance to the Baroque period and the number of members at any performance varies depending on need, ranging from a minimum of four players to a maximum of thirty.

Particular attention is given to finding rare or unpublished music from seventeenth and eighteenth century Italy, which is performed on either original instruments or copies of period instruments. Since 1990, shortly after its formation, the Alessandro Stradella Consort has given particular focus to the music of Alessandro Stradella, the musician for which the consort was named.

The group has participated in numerous early and contemporary music festivals including Verucchio, Academy of Baroque Rome, Music in the Park and the Teatro Verdi Teatro Carlo Felice in Genoa. The group's performances at these festivals have won it consistently high praise from both audiences and critics. 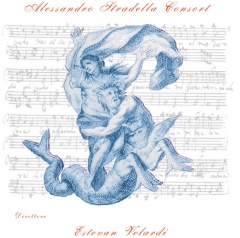